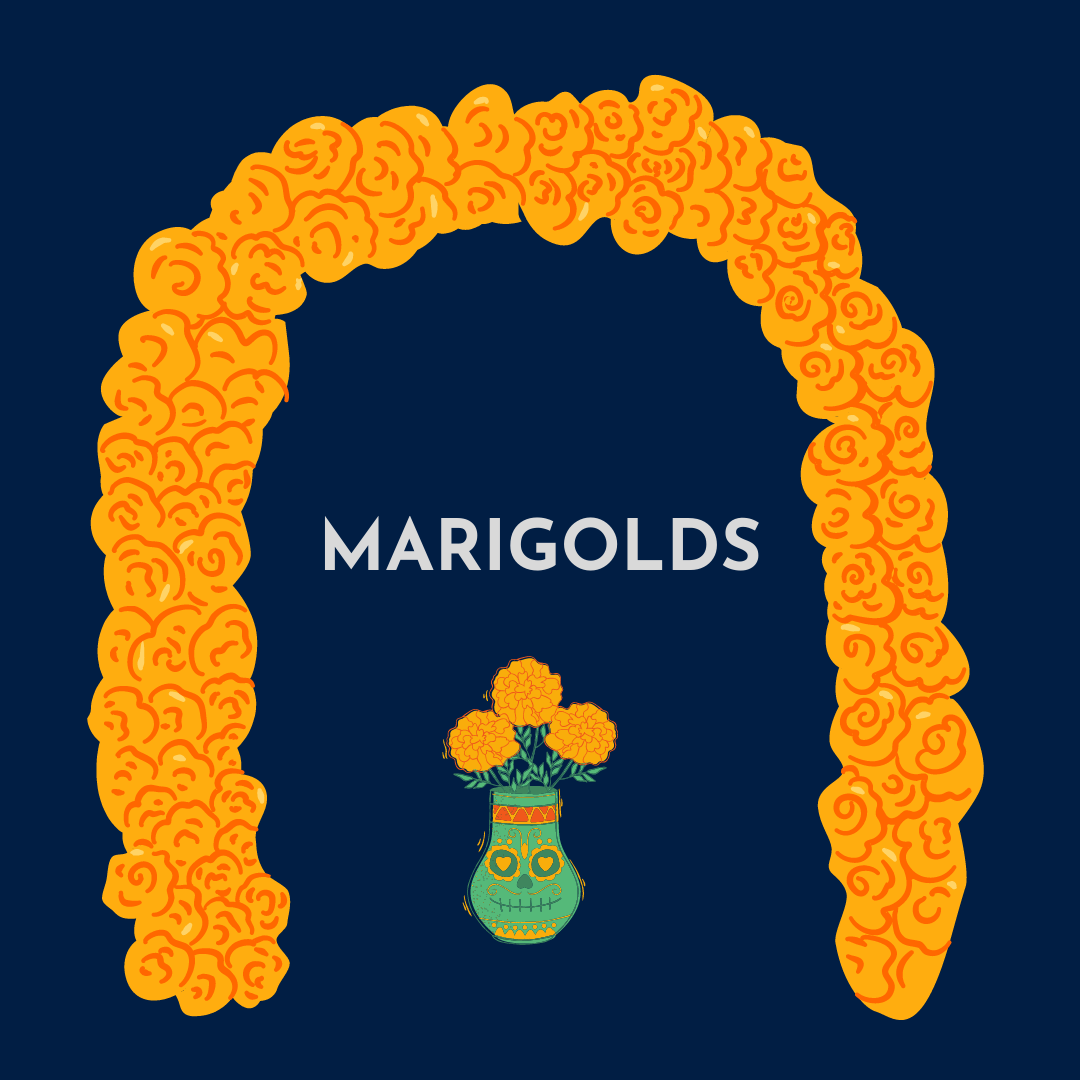 Flowers, which symbolize the brevity of life, are an essential element of the Day of the Dead ofrenda. Though many different flowers are used in Day of the Dead celebrations, one flower has become a national symbol for the festival: the marigold. Also called cempasúchil (the flower of 400 lives), k'etsikarhani, or cempoaxotchil, the marigold holds a revered place in pre-Columbian religious history. According to legend, cempasúchil, which comes from the Nahuatl words cemposalli, meaning “twenty,” and xochitl, or “flower,” making marigolds the “flower of twenty petals,” were miraculously gifted to the Nahua by Tonatiuh, their sun god, so that they might honor their dead. Today, the marigold continues to be featured prominently in all aspects of Day of the Dead rituals.

Marigolds are used in the construction of the floral arches, garlands, wreaths, crucifixes, and five-point stars that accompany ofrendas in many regions and in the decoration of gravesites and home altars. In addition to its decorative uses, the marigold serves a practical purpose in Day of the Dead rituals. Prized for their bright coloring and potent fragrance, marigolds are thought to attract the souls of the dead to the ofrendas prepared for them. Families will often scatter marigold petals forming a path from their front doors to the ofrenda waiting within the home. In smaller towns, families might even lay a floral path from the cemetery to their front doors to lead the dead home. In larger towns where this is not possible, a family might still scatter a path of marigold petals in the direction of the cemetery to ensure that the souls of the dead make their way safely to and from their final destinations. The petals of the marigold are also thought to possess cleansing properties, and families will often use them to form a cross on the floor in front of the ofrenda so that the souls may be cleansed of their sins and guilt when they tread upon it.

Marigold: Flower of the Dead