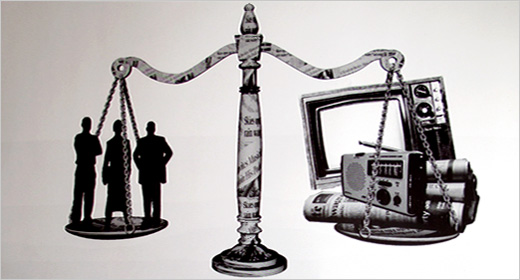 Freedom of the press is a fundamental liberty guaranteed by the First Amendment of the Constitution. As such, courts and legislative bodies have been hesitant to impinge on that freedom. In fact, there are numerous state and federal statutes that seek to ensure the full extent of the guarantee of the First Amendment, such as the Freedom of Information Act and the Privacy Act.

Historically, media law has been divided into two areas: telecommunications and print sources (newspapers, periodicals, etc.). There are some federal regulations regarding both categories and there are state laws governing both areas as well. The scope of these laws is limited by the First Amendment. (see also: communication law)

The growth of the Internet and digital media more generally have begun to blur the boundaries between media segments. In 1998, Congress passed the Digital Millennium Copyright Act (DMCA) to deal with Internet issues and the advanced technologies used to bypass copy protection devices.