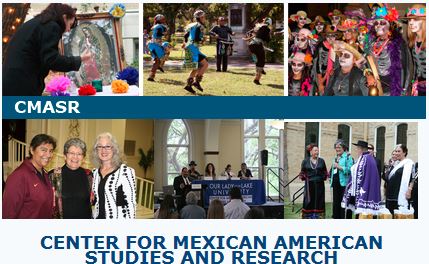 The OLLU Center for Mexican American Studies and Research Special Collections houses issues of El Pueblo, a bilingual community newspaper published in San Antonio, Texas. This 22 issue collection, generously donated by its publisher Antonio C. Cabral, spans from its initial volume published in March 1979 through May/June 1982. El Pueblo contains stories capturing San Antonio's community activism as well as commentary on national and international issues such as racism and labor during the early years of the Ronald Reagan administration. The first ten issues of El Pueblo had seperate English and Spanish translations. Afterwards, both English and Spanish articles were mixed together within the eight page issues.

The El Pueblo newspaper collection has been made available in an online digital format and is useful for researchers studying the Chicano Movement and local community activism in San Antonio. Access to the print copies of El Pueblo is available by appointment. To make an appointment, contact Joseph De León at jdeleon6315@ollusa.edu.

You will be looking for related materials to what you learn from M. Berriozabal. When looking for articles on your topics, be flexible with your search tools and terms.